I’ve been away on holiday. Thought I would skip the end of winter and hop back in just in time for spring. However, the freakish, equinox-ish weather continues to rave. Yesterday we woke up in a blizzard, by the end of the afternoon most of the snow was gone and we had also experienced torrential rain, howling wind, hailstones, sleet-ish squalls and sunshine.

Stuck for a timely topic for this blog post, and still feeling a little spaced-out after my travels, I decided to join a group meme….Six on Saturday….check out The Propagator for the details.

Number one on my list of six things garden-wise this Saturday is this birdfeeder full of Oregon Juncos (Junco oreganus). We have recently been mobbed by these little black-capped gangsters! Yesterday, fewer than two pounds of juncos consumed at least two pounds of wild bird seed! 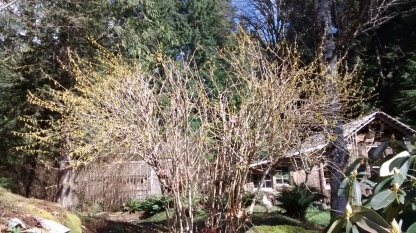 Number two: the flowers of spring at my back doorstep. Bergenia (Saxifragaceae) is a perennial evergreen (except in the coldest areas); native to the Himalayas and the mountains of China. Forsythia (Oleaceae) buds and shrub. “When the forsythia blooms”, they say, “It is time to prune your roses.” 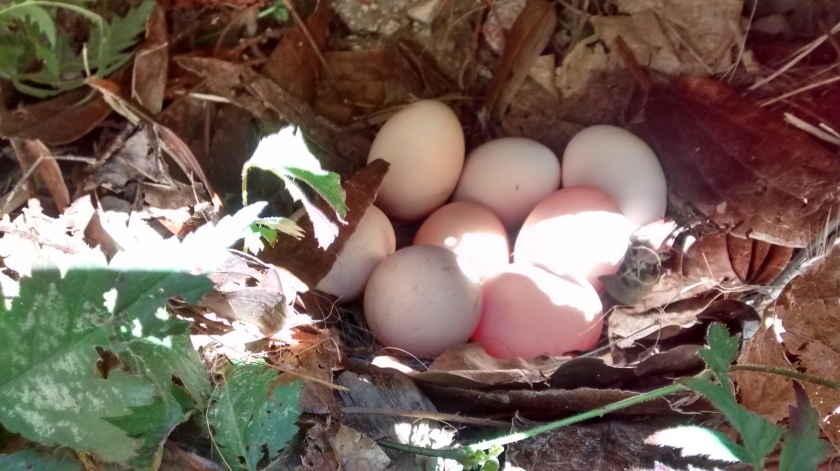 Number three: this nest of eggs, hidden under the woodshed, by Mrs. Chicken, wife of Mr. Chicken; the last two survivors of the flock. 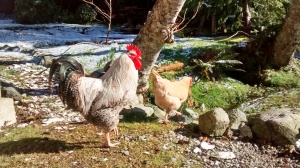 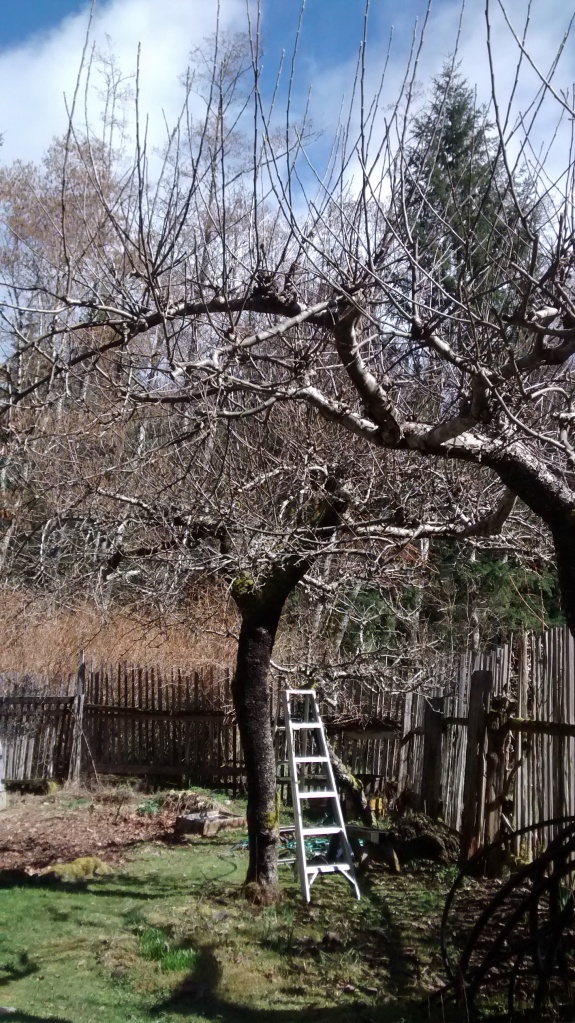 …the last two apple trees waiting to be pruned. 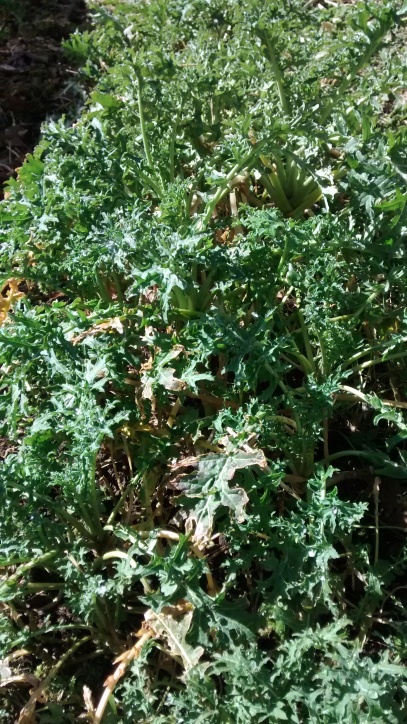 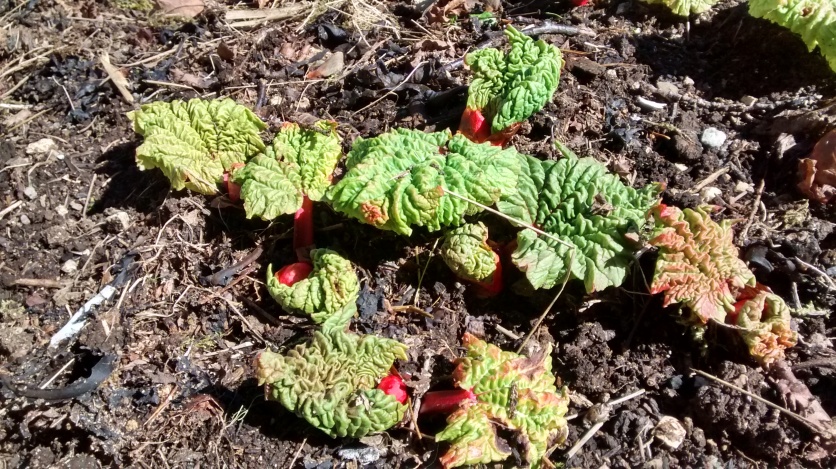 Those are my Six on Saturday for this sunny spring day. What are yours?

9 thoughts on “Six on this Springtime Saturday….”